Henri Verchant was a leading Protestant apothecary in Montpellier whose private laboratory drew the notables of the city.

Sir Hans Sloane and the chemist Nicolas Lémery studied with Verchant in 1668. Verchant arranged for Lister to stay with another apothecary, one M. Jean Fargeon, during his study in Montpellier. This was a time-honoured tradition. Early classes in materia medica, anatomy, and chemistry were commonly held in the houses of apothecaries who were also usually involved in teaching botany. Verchant’s wares are also mentioned in the inventory of the property of a Montpellier apothecary, which was sold at auction in 1666.

Your poor hat has certainly had some aggravations. It is good for you that it is old, for if it were new you would have run a great risk of losing it. I trust, however, that finally it will reach your hands in good condition. 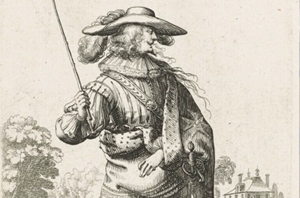 The hat was part of the flotsam and jetsam of being a student on the move, and we do not know if Lister ever retrieved it! For a sense of what that hat could have looked like, see Nicole Kipar’s Gallery of Period Clothing. This image from the Rijksmuseum shows a seventeenth-century French gentleman at the height of fashion in the 1620s, including his rather grand plumed hat.