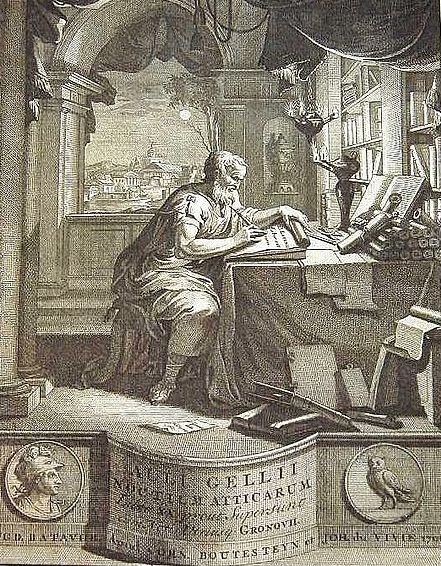 On 15 March 1663/4, Lister read the Attic Nights, a commonplace book of notes from the first century A.D. on grammar, history, antiquarianism, and philosophy.

Aulus Gellius wrote the work during long winter nights spent in Attica, and his writings are noteworthy for their excerpts from works of lost ancient authors.

The Noctae Attticae contributed to the revival of classical scholarship in early modern France;  the Essais of Michel de Montagne, in particular, ‘owe more than a little, in both substance and style, to the Noctes Atticae’.1  Rabelais also referred to Gellius in his Pantagruel, and his ‘mockery of sumptuous humanist erudition often feature[d] Gellius‘. 2  There was no French edition of Gellius’ work until 1776, so its audience was largely scholars. 3